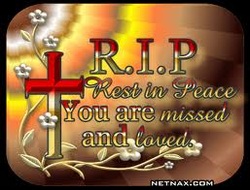 I am so very sad to say that on Tuesday 7 February 2012 Molly passed away. He was just 7 - a short life for a Green Cheeked Conure. He was fine at lunchtime but when Stacey came home from work he was found on the floor of his cage, dead. We all miss Molly very much.

On September 7th 2011 we were thrilled to rescue two more parrots - Molly & Mango. Molly is a 7 year old Green Cheeked Conure (assumed dob 7/9/2004) and Mango is a 4 year old Senegal Parrot (assumed dob 7/9/2007). They are both small breeds of parrot, being similar in size to a Cockatiel. They were both owned by Tracey since they were very young. Molly started getting lonely and started plucking her feathers back in 2007 so Tracey bought Mango to keep her company. Unusually this worked and she stopped plucking her feathers and allowed them to grow. They have been best of friends ever since and it was a condition of me rescuing them, that they remained in the same cage as good friends. I was happy to oblige. It has to be said that Molly is the dominant one and Mango is very submissive. I wonder if this is a Senegal trait as our other Senegal, Magic, is very submissive to Oscar (Hahns Macaw). When they came to us they were both badly in need of a nail trim. When we did this, unfortunately 3 nails (out of 16!) bled a little so we collected the drops and have sent them off for a DNA test. They have come to us as Molly being a female and Mango being a male but time will tell! Watch this space! Introducing them to Oscar & Magic has shown promising signs and hopefully the four of them will become good pals. Although not especially tame, they are both happy to approach you at the cage and both are happy to take food from your hands. Mango doesn't bite but Molly still bites sometimes but is definitely improving in this respect. Molly also talks a few words but Mango doesn't. They are both very friendly birds and I am sure they will fit in perfectly. Stacey and I are concentrating on getting them more used to hands and to showing Molly that we will NOT react when she bites so hopefully she will stop biting altogether. In time, Stacey plans to try and teach them some basic tricks like Magic & Oscar but being adult birds they may not take to this. Again, time will tell. They are two lovely birds who have stolen our hearts and will become valued members of our family.

Well it is time for an update! We have had Molly & Mango for nearly a month now and they are really settling in well. Stacey is training them and they will both happily sit on your finger without flying away! This is a major improvement over when they first arrived. We have had the results of the DNA sexing back and guess what? The results were the exact opposite to what we'd been told; namely, Molly is Male and Mango is Female!!! We are not changing names though and I am sure Molly will be called both a good boy and a good girl!!! They have experienced the adult shower and were absolutely fine in there! Oscar & Magic have now got used to them - as long as Oscar can still be boss!!! The four of them are out every day in Stacey's room and she brings them down to the lounge most evenings to see Phoebe. They are now in a new cage which fits into Stacey's bedroom much better and is almost identical to Oscar & Magic's cage and have settled in well! They have both mastered "playing dead" (lying on their backs with their feet in the air!!!) on your hand and Stacey is now trying to get them to Step Up using the "Up" command. Watch this space for further developments!